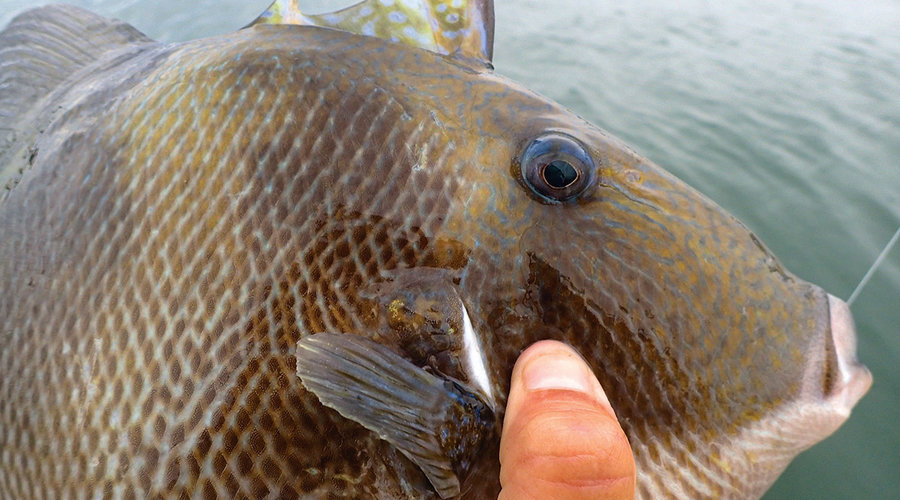 Fishing has been a little tough this past week with rough weather. A few good weather days really produced some action. Surf side saw good numbers of kingfish, spot & croakers on bloodworms. Small striper action around the jetties on small soft plastics (white & pink seem to produce). Cocktail blues are still around and you will catch them on any type of cut bait like mullet or mackerel.

Bay side has had consistent action. Lots of blues are all over the bay same baits as the surf as well as throwing small metals. Tons of tog and some triggerfish around the bridges and piers on green crab. Starting to get better ratios of keepers to throwbacks as well. Also getting reports of keeper seabass in the bay on green crab and clam. Nighttime has been the time for striper. Hearing a few keepers but a lot of schoolie size bass. Mainly on soft plastics with some bigger keepers caught around the bridges on eel and spot. Just a reminder that there is the new in-line circle hook law in place for bait fishing for striper.

River fishing has been pretty good as well. Lots of white perch on bloods in deeper holes and some small striper mixed in as well as small puppy drum.

Haven't heard too much action on the wrecks and reefs due to weather. Few reports have been hit or miss with action one day of really big sea bass and the next day nothing at all. That action should really heat up when the weather begins to even out.