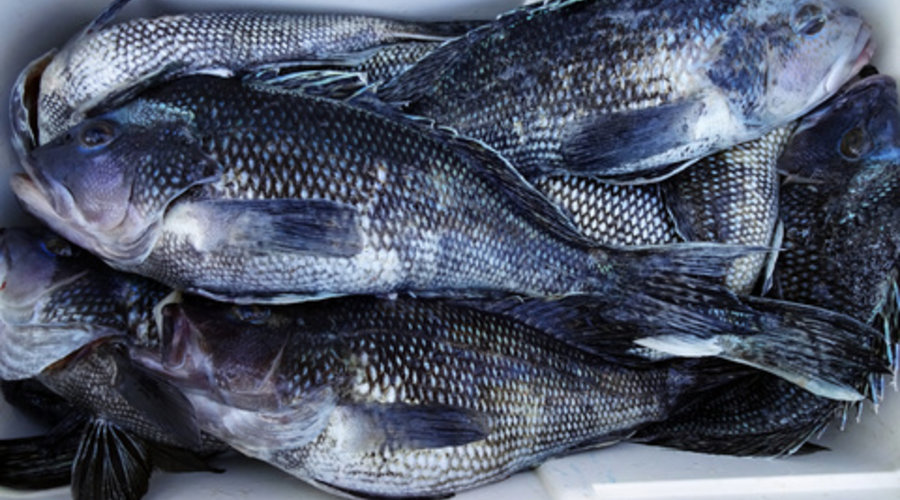 Sea Bass season opens on Friday October 8th 2021 and it couldn't come soon enough. Fishing in Ocean City after Fluke season ends is always interesting until Sea Bass opens. There are a lot of fish around the island in the surf and back bays, just not a lot of fish to keep. Tautog (Blackfish) has been the go to fish for the last three weeks while we have been waiting for the Sea Bass season to kick off. Green crabs have been the bait of choice using them on Bottom Sweeper jigs or Hi-Lo #5 Blackfish Rigs. Most of the normal areas have been producing, 9th Street (RT. 52) fishing piers, Longport / Ocean City Toll Bridge pier, Seaview Harbor breakwater rocks and just about any other spot with pilings or rocks to hold them. You have to weed thru the short fish to get your one 15" keeper but everyone seems to find one that size to take home. When Sea Bass opens most of the fish should be on the inshore reefs OC Reef, GE Reef and AC Reef,. Bring clams, squid and even some green crabs to target the Sea Bass.

As for other fish around town, we have still seen Kingfish and Spot in the surf on Bloodworms and Fishbites. Ocean temps are near 70 so that should hold them here for a little while longer. There have been scattered catches of Stripers in the surf, most being short of the limit, but we have seen a few fish in the low 30" size class taken in the last week or so. Night time in the back bays around the bridges under the lights has produced the most Striped Bass so far this fall on 4" to 5" soft plastic lures. Small blues seem to be populating the inlets, Corsons and Great Egg Inlet have been decent. Most of the blues seems to be taking strips of mullet and a few on small metal lures. Sloppy Seas and closed seasons have kept most boats from running the inshore grounds looking for Dolphin, Cobia and Blues the last couple of weeks but I would suspect that those fish are still around on the normal inshore spots. Table top, Avalon Shoal, 2FB, 4FB Sea Isle Lump were the spots those fish were last seen, mostly on the troll but a few were taken casting jigs. Hopefully with the opening of Sea Bass we will see more action with everyone getting back out on the water, we will keep you posted.